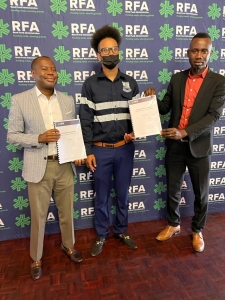 The Agreement sets out the conditions and procedures to be followed by the RFA and the Approved Authorities (AAs), as per Section 17(1) of the RFA Act.

The RFA, as mandated by its Act, the Road Fund Administration Act (Act 18 of 1999), allocates annual funding to AAs from the Road User Charging System (RUCS), subject to funding constraints.

In order for the RFA to comply to its legislative mandate and functions in providing funding to the AAs, there must be a Procedures Agreement in place.

The funding from RFA LA’s is towards traffic related road maintenance of urban and rural roads; adjudication and enforcement of traffic law; implementation of road safety initiatives; and road research studies. 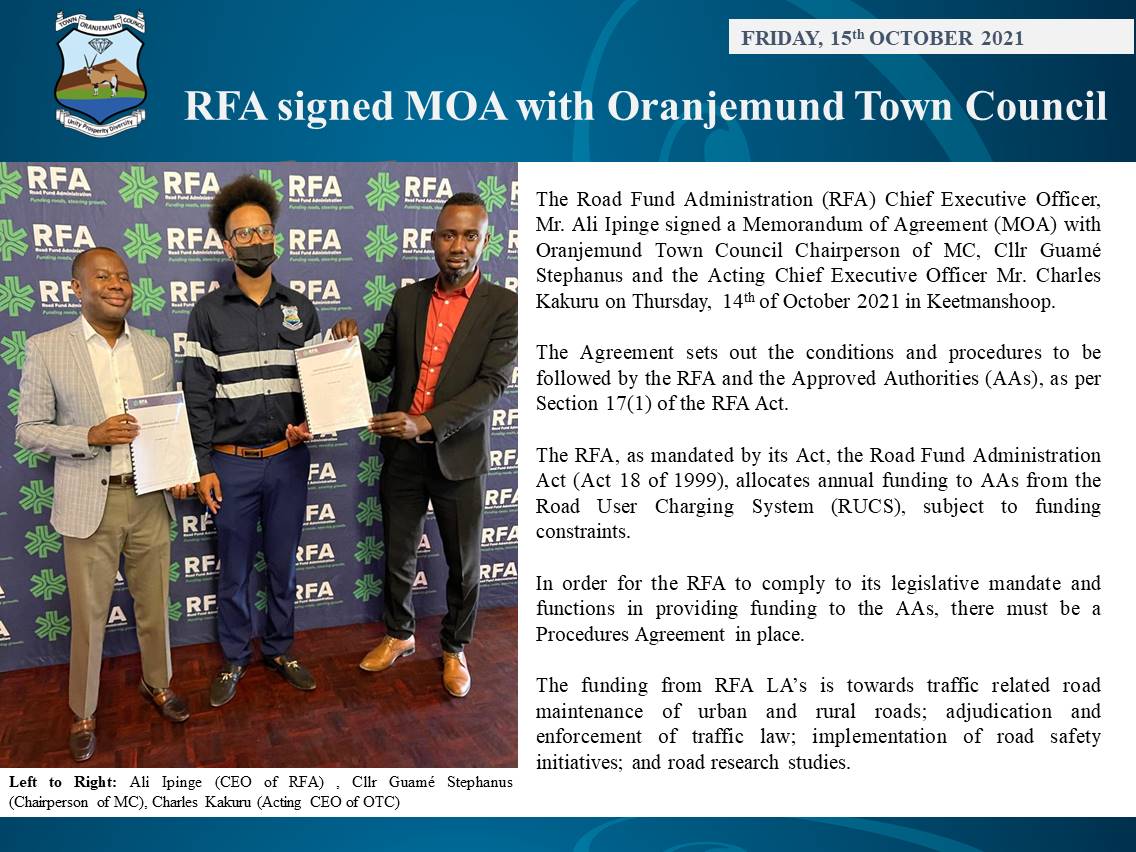