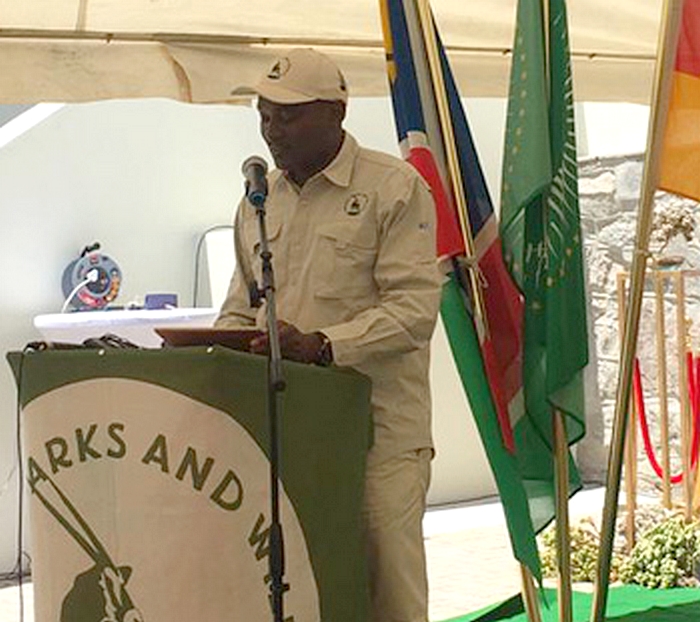 The development of this infrastructure is part of a long-term joint development programme by government to improve Namibia´s National Parks, co-financed by the government of Germany, which has for the past 16 years allocated more than N$700 million for the phases I to V.

Caption: Pohamba Shifeta, Minister of Environment and Tourism speaking at the inauguration ceremony of the new park infrastructure.